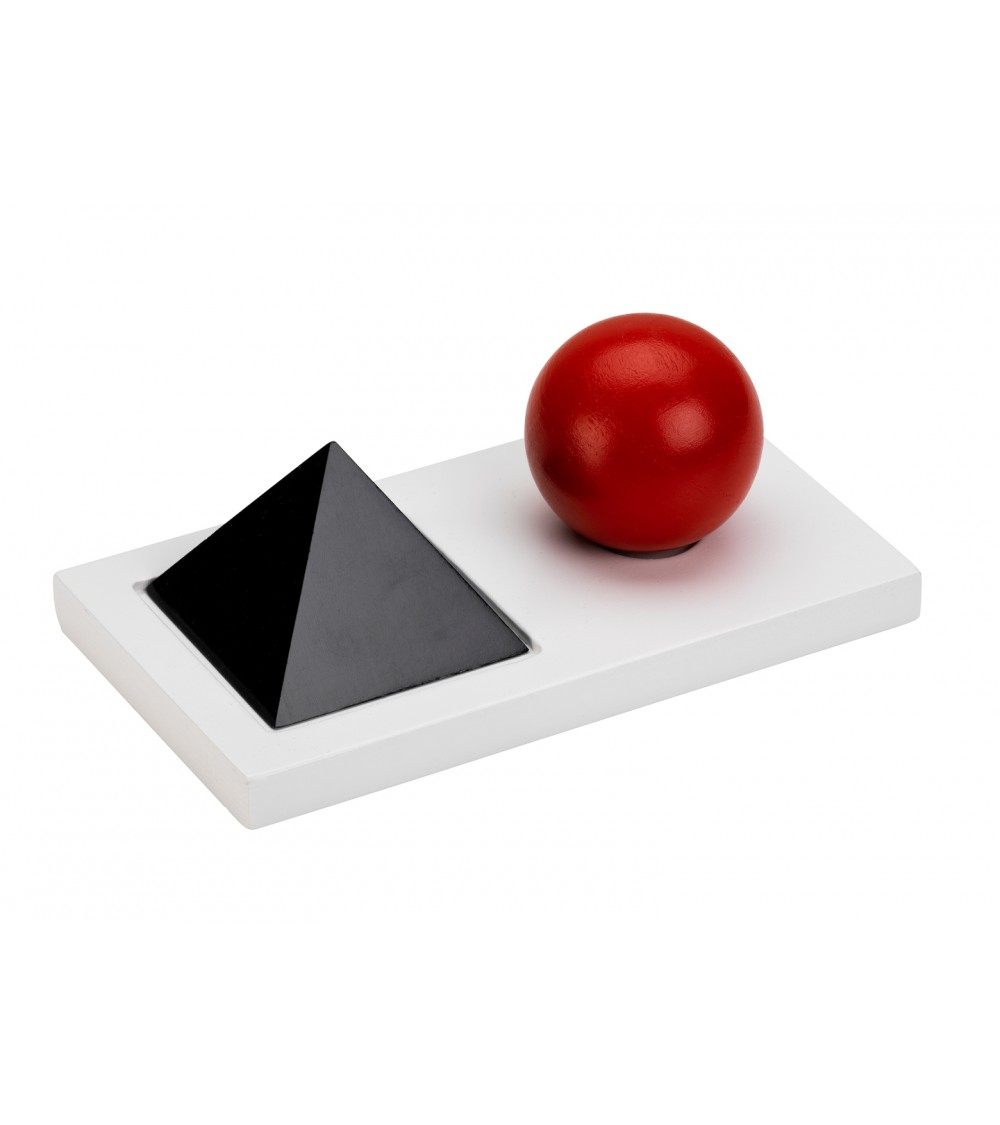 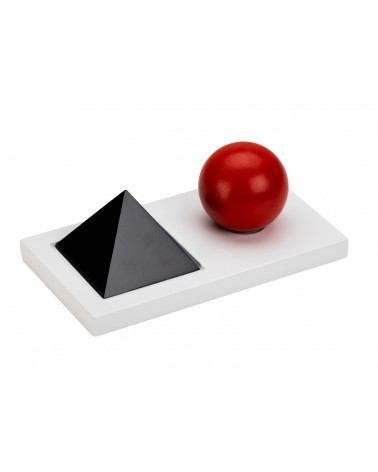 Getting started with the parts of speech is easy with a pyramid and a sphere. Many children are able to recognize and distinguish activity words (verbs) and name words (nouns) after a short time.Verb and nouns are searched for in simple sentences and marked with the red ball or the black pyramid.Use, advantages, areas of application for this Montessori material:

Instructions for verbs nouns and verbs

The meaning of each figure is explained:The ball means verb - activityword The pyramid means noun - name wordThe adult first takes the pyramid in hand. He explains: The pyramid is the noun - the name word. Now he grasps the figure with both hands and repeats: nouns, nouns, nouns. He does the same with the ball.The adult takes two sheets of paper and places them in front of him. Now he writes different nouns (house, hand, blanket, doll ...) on the first sheet and different verbs (sleeps, sings, bakes, erases ...) on the second sheet. First, the nouns are cut out. The individual words are read and assigned to the pyramid. When all noun word cards are next to the pyramid, the verbs are cut out. These are also read aloud and then assigned to the ball. Here the child may also notice that nouns start with a capital letter, verbs with a small one.After this introduction, it is handed over to the child.Example sentences are now written down, such asTina running. Tina = name word, i.e. pyramid - run = verb, i.e. ballThe sentence is cut through, so you get two-word cards (Tina and run).The Tina card is placed with the words Tina is a noun to the pyramid, the run card with the words run is a verb to the ball.After the introduction of this exercise, it is passed to the child again.

 Can not login without email!

 Can not login!

Please contact with us or try to login with another way

Thanks for logging in